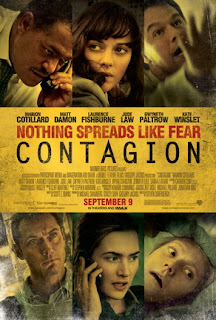 These digressions into the nuts and bolts of science - and there are many of them - would not have made it into a lesser script, much less the final cut of most films.That they survive and are showcased here are a testimony to Soderbergh's independence as a film maker and to his ability to realize Contagion as the remarkable personal vision that it appears to be.
Posted by Marc Merlin at 4:29 PM