Our Obligation to Malala

It's hard to express how much I admire Malala Yousafzai, the young Pakistani woman who has championed the cause of education for girls in her homeland, in defiance of Taliban threats and in spite of an assassination attempt that left her badly wounded.

Indeed, I wish that she had won the Nobel Peace Prize that went to the Organisation for the Prohibition of Chemical Weapons a few days ago. As I have written elsewhere, awarding the prize to institutions and celebrities does not inspire the world the way awarding it to frontline heroes does. And, without a doubt, Malala is a hero and an inspiration, deserving of the same honor that has been bestowed on Suu Kyi and King and Mandela and Schweitzer.

Her intelligence, poise, eloquence and bravery are a marvel to behold. It is hard to believe that a sixteen-year-old could embody these qualities so fully. My guess is that this is why we are inclined to forget that Malala is indeed a teenage girl, who, by all rights, should have a long life ahead of her to enjoy.

It is for this reason that I found portions of the interview that Malala gave to PBS NewsHour's Margaret Warner yesterday disturbing. In it Malala says,


"And I think that I must not be afraid of death. First, I might have been before this attack, but now if even they threaten me, I'm not afraid of any threat. I have seen death already. So now I'm more powerful. Now I'm more courageous. And I will continue my campaign."

As noble as these statements are, coming from a sixteen-year-old, they send a chill up my spine. This kind of fearlessness on the part of young people is too often exploited in this world. It helps fill the ranks in our armies and is put to dastardly use by elders who dispatch their sons and daughters on missions of self-destruction.

Although it would be unquestionably a loss to "the cause," I ardently hope that those responsible for Malala's welfare will take her out of the limelight. She deserves the opportunity, in spite of her bold and heartfelt declarations, to drink from life's cup fully. Only then should she reconsider whether to fear death.
Posted by Marc Merlin at 2:35 PM 1 comment: 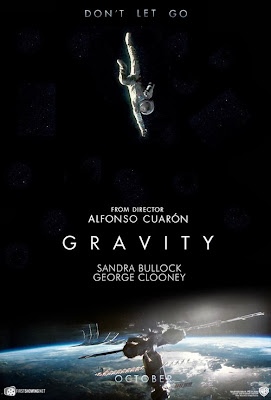 This bargain offered by Gravity was more than enough to meet my criteria for suspension of disbelief. I willingly accepted its premises and, thanks to Alfonso Cuarón, got a plausible and compelling tale of triumph against all odds in return.
Posted by Marc Merlin at 6:20 PM No comments:

When it comes to the government shutdown, let's not round up the usual suspects for a change

Let's get one thing straight here, when it comes to the federal government shutdown, Congress is not the problem. This is what the drama-stoking machinery that masquerades as the popular news media would have you believe. It is also the anodyne, hand-wringing, why-can't-we-just-get-along explanation preferred by people who see national politics as nothing more than family dysfunction writ large.

The people who buy into this analysis, or at least parrot it mindlessly, imagine that putting pressure on Congress, let's say by withholding their pay, will knock some sense to these bickering clowns. As though our Senators and Representatives are quaking in their boots at the prospect of forgoing a paycheck or two or ten. Others imagine that, since Congress is the problem, then the solution is that tried and true - rather that should be trite and failed - demand to "throw the bums out." As though all members of Congress deserve equal treatment, since, of course being politicians, they are equally venal and self-serving.

Well, I've got news for this naive, lump-them-all-together crowd, and that is that the problem here is not Congress, as reassuring as that notion might be to you, the problem is that a majority of the Republican Party in the House of Representatives - and notably not a majority of members of the House itself - wants to roll back a important piece of legislation that is a critical first step in making healthcare accessible to all Americans. They despise this idea and will go to destructive lengths to make sure that this advance in our march toward social justice does not see the light of day.

So, for fuck's sake, quit blaming Congress in some abstract and ultimately ineffectual way and start blaming the backward-looking Tea Party cretins who are responsible for this mess. And, while you're at it, don't forget to blame Speaker John Boehner who, in a trice, could allow a clean continuing resolution to be voted on and likely passed by a majority composed of both Democrats and Republicans in the House.
Posted by Marc Merlin at 9:13 PM No comments: