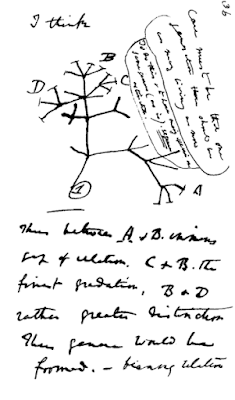 For me, to march without recognition of our very own origins in this long-standing struggle is unthinkable. My understanding is that such messages, although absent from, are consistent with the national mission statement. So, you can expect me to be marching with enthusiasm in Atlanta on Earth Day. I’ll be carrying a sign that says, “I’m with Charles Darwin.”
Posted by Marc Merlin at 8:00 AM No comments: