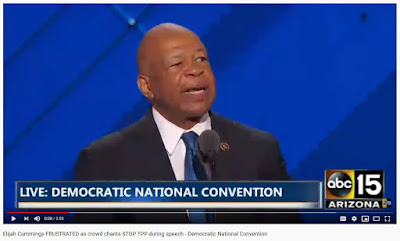 It would seem to me that one of the most significant ways we could honor the memory the late Elijah Cummings is to remember this stain on the 2016 Democratic National Convention and vow to not let it happen again next summer. Whatever single issues inspire us, in the final analysis we need to keep focused on the constellation of concerns that bring us together. By insisting defiantly on any one thing, we risk - once again - the possibility of losing them all.
Posted by Marc Merlin at 11:25 AM No comments: