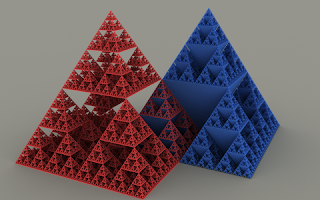 Whoever has no home, will never build one.
Whoever is alone, will long remain alone.

These words from the poem "Autumn Day" by Rainer Maria Rilke are a wake-up call for Schenectady community theater director Caden Cotard - literally so, since they ring forth from his clock-radio, prodding him out of bed and heralding the first day of fall. It's September 22, 2005. But it won't be for long.

By the time Caden makes it to the breakfast table, squeezing by his wife Adelle who has been dispatched to investigate their 4-year-old daughter Olivie's troubling report of "green poop", and unfolds the morning paper, he notes that Harold Pinter has won the 2005 Nobel Prize for literature. It is now October 13. Reaching into the fridge a moment later Caden remarks that the milk - dated October 20 on the carton - has expired.

Poor Caden, apparently time is not on his side.

Nor, it turns out, is his household plumbing. Before he can get fully dressed - in a scene straight out of The Amityville Horror - Caden's forehead is targeted by an exploding bathroom sink fixture, sending him scurrying for urgent medical attention and the upsetting revelation that he may be suffering from unspecified terminal disease, a brain tumor perhaps.

Sometimes it just doesn't pay to get out of bed.

Within a few days - disregarding the wall calendars that show up in the doctors' offices that Caden visits which insist that months have passed - Adelle and Olive are off to an art opening in Berlin, perhaps never to return. Caden, alone and struggling with the threatened loss of his wife and daughter, has been tapped to receive a MacArthur Foundation genius grant. Not bad for a small-town theater director whose latest stroke of genius was the rather uninspired decision to cast young actors to play the parts of the older characters in "Death of a Salesman" with the aim of somehow making the production more poignant.

We're only a few minutes into Synecdoche, New York, the new film written and directed by Charlie Kaufman and it's clear that we are in for a wild ride. Time has run amok, and it's becoming increasingly difficult for us to distinguish the real from the imagined in the world of doomed Caden Cotard.

What exactly is going on here?

Barring somehow melding minds with Mr. Kaufman - both a tantalizing and terrifying prospect - it's a stretch to answer this question with any authority. It may, though, be reasonable to try out explanations that fit the available data, so to speak.

We are all familiar with the notion that people, in the moments preceding certain death, witness the entirety their lives flash before their eyes. Although there is no shortage of anecdotal reports from near-death survivors who claim to have undergone this experience, the proposition, substantiated or not, serves as an all-purpose warning: conduct your life in such a way that you can be at peace when confronted with your deeds - and misdeeds - as you depart this world. Pretty good advice, in an old-fashioned, day-of-reckoning sort of way.

But what about those unfortunate souls who find themselves at death's door, with their lives unfulfilled - alone on an autumn day and facing a lonely future, having never built a home and destined to never build one, as Rilke might say? Are they condemned to endure a farewell reprise of their lives which will be little more than a depressing reminder of their solitude and their failure?

Apparently not in Charlie Kaufman's system of personal eschatology, which provides such folks, our Caden for example, a dispensation from the conventional this-was-your-life end-of-life review. Instead they are given the opportunity to dream the remainder of their unlived lives - a final chance to forestall the coming of autumn, to not be alone, to not be left without a home.

And so Caden proceeds to dream his final dream and in the course of dreaming he pursues a hoped-for masterpiece, a theatrical production so extravagant that it will require a set the size of New York City and a cast of thousands to complete. This set will be Caden's home, and its cast, his bulwark against loneliness.