The Physics of Unwelcome Surprises 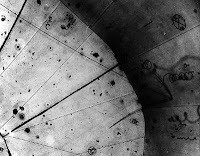 "Who ordered that?" This was the flustered response of physicist Isidor Isaac Rabi when he was told that a new elementary particle, one that would eventually be named the muon, had just been observed.

The year was 1936, and the world of 20th century physics, rocked by three decades of disorienting discoveries, was in need of a breather, a bit of time to take stock, to consolidate the mind-bending theories that had been cobbled together at an unprecedented pace. 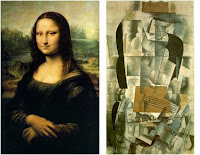 This roller coaster ride of surprises was set in motion in 1900 with Max Planck's quantum hypothesis. It turned out, to Planck's despair, that the the elegant mathematical models of the physical world, painstakingly developed over the preceding three centuries, failed abjectly when scrutinized at extreme microscopic levels. Graceful, continuously-varying classical arcs gave way to jagged, stair-stepped quantum diagrams when atoms were the object of investigation. It was as though a mischief-maker had stolen into the Louvre one night and had replaced Leonardo's "Mona Lisa" with Braque's "Woman with a Guitar". Planck, crestfallen, soldiered on.

Only five years later Albert Einstein, exploiting Planck's conjecture about the particle nature of light to solve, virtually en passant, the problem of the photoelectric effect, proposed his theory of special relativity, demolishing the heretofore unquestioned notion that measurements of space and time were absolute. Astonishingly, distances shortened and clocks ticked more slowly as observers moved relative to one another - the closer their difference in speed to the unassailable speed of light, the more dramatic the distortion. Ever the iconoclast, Einstein forged ahead with his assault on Newton's theory of gravitation while the rest of the world was still reeling from his recent revelations.

Ironically, the troubled time after the Great War and the early years of the decade of the roaring twenties provided physicists an opportunity to recover their bearings. The early quantum musings of Planck and Einstein, followed soon by those of Niels Bohr, found rigorous mathematical expression with the so-called matrix mechanics of Werner Heisenberg and in Erwin Schrödinger's eponymous wave equation. The structure of the hydrogen atom could now be calculated to impressive precision. A tentative understanding of the universe - at least one consisting of protons, electrons and photons (quanta of light) - appeared to be within reach. 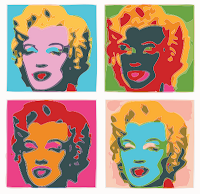 Forging ahead, in 1928, Paul Dirac advanced a formulation of quantum mechanics, which explicitly took into account Einstein's special relativity, and, in doing so, predicted the existence of antimatter. According to Dirac, every elementary particle possessed a negative-image twin of sorts. For the neutral photon, this turned out to be the photon itself. But, for the electron and the proton, Dirac's equations demanded the existence of, yet-unobserved, particles of identical mass and opposite charge. Dirac was serenely confident in the implications of his mathematically elegant theory. Other physicists, though, awaiting experimental confirmation, were skeptical. Four years later, the discovery of the positron, the electron's antimatter doppelgänger laid their doubts to rest.

At about the time of the positron's debut, the existence of another, apparently fundamental, particle was being established. The neutron, a sister particle to the proton - a little heavier but possessing no electrical charge - was, in many ways, a welcome addition to the particle family. Its discovery led to the understanding that the atomic nucleus was composed of an unimaginably compact knot of protons and neutrons, bound together by a hypothetical "strong" force.

The behavior of the electrons orbiting this nuclear droplet, in accordance with now established quantum theory, explained the chemical activity of the elements, while the numbers of protons and neutrons within their nuclei accounted for their atomic weights. At long last an explanation for the organization and the particulars of the periodic table of elements, devised by Dmitri Mendeleev in 1867, had been provided, and with it came the first comprehensive understanding of ordinary matter in the history of the world.

But, to everyone's surprise, the neutron itself proved to be anything but ordinary. Unlike the other elementary particles, neutrons were not immortal. Within an atomic nucleus their lifetimes varied widely, but left to fend for themselves they survived, on average, a little less than 15 minutes, decaying spontaneously into a proton and electron. 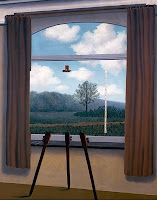 To make matters worse, when the momenta of the proton and the electron resulting from the neutron's decay were tallied, it turned out that energy accounts did not balance. Either the supposedly inviolable law of the conservation of energy had to be jettisoned, or a new particle had to be called into existence, one that fled the neutron's self-destruction unobserved, stealing away with the unaccounted for missing energy. This placeholder, promissory note of a particle, conjured into being by Wolfgang Pauli and christened the neutrino by Enrico Fermi escaped detection for another quarter century, owing to the fact that it felt the push and pull of only the aptly-named "weak" interaction. In the meantime, the hypothesis of the neutrino, a ghost of a particle bullet, allowed physics to dodge another, much more potentially damaging, one. 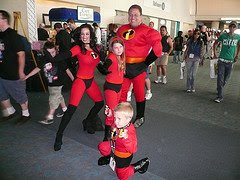 By the mid-1930s a family portrait of elementary particles looked like it was coming into focus. There were the "adults", the neutron and the proton: the heavy-set neutral momma and positive poppa particles, bound in enduring strong-force matrimony, comfortably ensconced in their nuclear home. Then there were the "kids": the bantam-weight, negatively-charged electron, a mercurial and rambunctious boy-child, hovering close by when mindful of his father's tugs, but venturing beyond the atomic neighborhood when overly stimulated, and the neutrino, an alienated and asthenic teenage daughter, resembling her brother in outline, but drained entirely of charge and heft, a Garbo manqué, withdrawn and in perpetual flight.

Of course, there was Planck's voluble particle of light, around from the beginning, less a full-fledged blood relation than a domesticated sprite, a restless go-between, bounding from electrical lap to electrical lap. There were rumors circulating, though, that the photon had relatives of her own, answerable to the commands of the strong force and weak force, the way she obeyed the beck and call of electricity and magnetism. Physicists were on the lookout for them.

That's about the time that, to Rabi's feigned consternation, the muon showed up, unsummoned. At first it appeared that it might be the strong-force cousin of the photon forecast by Hideki Yukawa only a year before. That turned out not to be the case. Instead, the muon was the harbinger of a wave of particle discoveries to come.

By the time the "unwelcome" muon arrived on the scene, the enterprise of physics had been transformed in a fundamental way by the philosophical buffeting of the preceding 30 years. Grudgingly, physicists had come to appreciate that the universe was such a strange and marvelous place, that their understanding of it was, in a profound way, destined to be forever provisional, and that any charter for their investigations required that they not only seek answers to long-standing questions, but also be prepared to wrestle with unexpected - even confounding - surprises.

This intellectual no man's land, bounded on one side by time-tested facts and theories and on the other by ever-restless skepticism and doubt, was both a precarious and a wondrous territory. Nevertheless, it was, and remains, the quintessential realm of all scientific discovery.
Posted by Marc Merlin at 4:01 AM

Brother Ricky's Brain exploded one minute and 3 nano seconds into reading this. I guess this is why I should have taken intro physics. Great job , Bro!