Trump running out the clock on Congressional subpoenas: why the Supreme Court is of little help to resolve it anytime soon 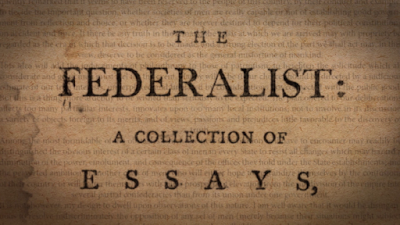 As I have discussed elsewhere, one constructive side-effect of the Donald Trump administration and its abundance of deliberately orchestrated constitutional crises has been to get me to reflect on what that document says and how it works to resolve or, more aptly, to fail to resolve the aforementioned crises.

The latest of these challenges to the constitutional order has to do with the president's decision to not comply with several subpoenas issued by the U.S. House of Representatives. The first of note results from the House Ways and Means Committee demanding Trump's recent tax returns from Secretary of the Treasury Steven Mnuchin. The second, emerging from investigations by the House Intelligence Committee, requires Attorney General William Barr to turn over the unredacted Mueller report. There are others.

To the extent that these disputes between the executive and the legislative branches constitute constitutional crises, a question begs be asked, "why can't these be resolved quickly with a Supreme Court decision?" Instead, we are faced with months-, perhaps years-long, litigation in the federal courts before any related case arrives at the SCOTUS doorstep. How did such an inefficient approach to a much-touted system of checks and balances come to be standard operation procedure for the federal government?

The first level of explanation lies in Article III, Section 2 of the U.S. Constitution which defines the "original jurisdiction" of the Supreme Court. Original jurisdiction, meaning the kind of cases that can go directly to the court, are pretty restricted. They are mostly limited to seldom employed disputes between representatives of foreign governments (e.g. ambassadors) and the United States and between the states themselves, the latter representing the lion's share of these original cases.

But wait, you might ask scratching your heads - as I did - why aren't disputes between the court's "co-equal" branches of government, namely between Congress and the president, included in cases that could go directly to the Supreme Court? The answer has to do with a deeper reading of Article III and the thinking that went into constructing it. It also has to do with a lie we continue to tell ourselves about the visionary system of checks and balances crafted by our constitutional founding fathers.

The lie emanates from the fact that, in many respects, the judicial branch of our government wasn't construed at first as being a co-equal branch of government at all. Indeed, Alexander Hamilton spends a fair amount of ink in Federalist Paper 81 assuring opponents of the yet-to-be-ratified constitution that the Supreme Court proposed in it would possess limited in power. He asserts that its original jurisdiction would be circumscribed, as I described above. In addition, Hamilton even goes so far as to say "there is not a syllable in the plan under consideration which DIRECTLY empowers the national courts to construe the laws according to the spirit of the Constitution."  This latter claim may come as a shock to modern ears, as it should.

We tend to forget that Hamilton was making his case for the Supreme Court in response to anti-federalists who didn't want to see the creation of a separate judicial branch of government at all. They felt, as many others did at the time, that the legislature was the primary branch of government since it was most representative of the will of the people. (That's why it's positioned front and center as Article I in the constitution.) They did not want its power usurped by a bench of unelected judges, and they were fearful that these judges would overturn congressional acts at their discretion. Across the pond, Britain seemed to function just fine with a high court residing in the House of Lords, part of their legislature. Hamilton's task was to assuage opponents concerns about the proposed Supreme Court.

Needless to say, a lot has changed since Hamilton penned Federalist 81. As far as the Supreme Court goes, it only took a handful of years and Chief Justice John Marshall's opinion in the bedrock case of Marbury v. Madison to establish the doctrine of judicial review and so elevate the court toward the co-equal status it enjoys today. Sadly, in the intervening years, the primacy of the legislative branch - the central feature of government as imagined by the framers - has suffered depredations by the self-aggrandizing imperial presidency that we are stuck with today.

So, even though its currency has risen over the past couple of centuries, the Supreme Court is pretty much saddled with the restrictions of its original jurisdiction. This means that enforcement of congressional subpoenas directed at the administration will have to wind their way through an appeals process that begins in the federal courts. It's possible that these cases will be expedited, but in all likelihood, thanks to the reluctance on the part of the framers to position the judiciary to resolve disputes between Congress and the president, it looks like Donald Trump will be able to run out the clock on matters of accountability that are critical to our democratic form of government. So it goes.
Posted by Marc Merlin at 2:30 PM