So long, Copenhagen - I'm a Many Worlds believer now

This is adapted from a status update I posted on Facebook 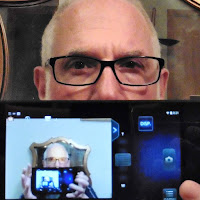 I am pleased to announce that, in large part due to the wonderful explanations by physicist Sean Carroll, I now subscribe to the Many-Worlds Interpretation (MWI) of quantum mechanics.

MWI is not at all new to me. It's been kicking around since 1957 when it was first proposed by Hugh Everett while he was a graduate student at Princeton. I was certainly aware of it when I started my physics studies back in the early 1970s.

I had never taken the interpretation seriously, mostly because I was put off by the notion that the act of measuring a physical system generated new worlds somehow, one world for each of the possible values of the result of that measurement. This elevator-pitch description of MWI struck me as both magical and untestable and, so, not really worth my time.

Recently, though, I have decided to revisit the topic.

The so-called Copenhagen Interpretation of quantum mechanics on which I and most physics graduate students of my generation were weaned has not really weathered well. In some respects, it was considered provisional even back then, a placeholder waiting for something better to come along. I had counted on the fact that its own magical elements - the putative role of consciousness in measurement and the non-local collapse of the wave function - would have been put on a stronger intellectual footing in the last forty years. But that hasn't really happened.

Thanks to Sean, whose thoughts on some of the central philosophical questions of modern physics have become a go-to resource for me, I decided to take another look at MWI and now frankly could kick myself for not investigating it sooner.

Now, I understand that MWI is a straightforward outcome if you take the equations of quantum mechanics at face value and don't add the unnecessary - and problematic - assumption that observers somehow exist outside the physical systems that they observe. Indeed, Hugh Everett's dissertation had the title, The Theory of the Universal Wave Function (PDF) which proposes an approach which breaches the classical wall that separates observer and observed. His key insight is, “[h]owever, from the standpoint of our theory, it is not so much the system which is affected by an observation as the observer, who becomes correlated to the system.”

[In his dissertation Everett also addresses a colorful criticism leveled at conventional interpretations of quantum mechanics by Einstein that “he could not believe that a mouse could bring about drastic changes in the universe simply by looking at it.” Everett turns this on its head: “The mouse does not affect the universe - only the mouse is affected.” So much for spooky action at a distance.]

I do think that there are problems hewing to the popular interpretation that of many worlds branching off as observations occur. This is one reason why Sean and others prefer to call MWI “Everettian Quantum Mechanics.” And I would have to admit that I’m not quite sure what meaning to attribute to the ever increasing number of quantum states with which we find ourselves involved as required by the theory. Perhaps they are worlds in some sense, but certainly not the dynamically created universes of the multiverse theories that have captured the attention of string theorists over the last several decades.

In any event, there’s a lot for me to learn here, but I feel like I've finally gotten my arms around a very profound physics question that's been bothering me for a long time.
Posted by Marc Merlin at 8:02 AM